Then It Got Weird 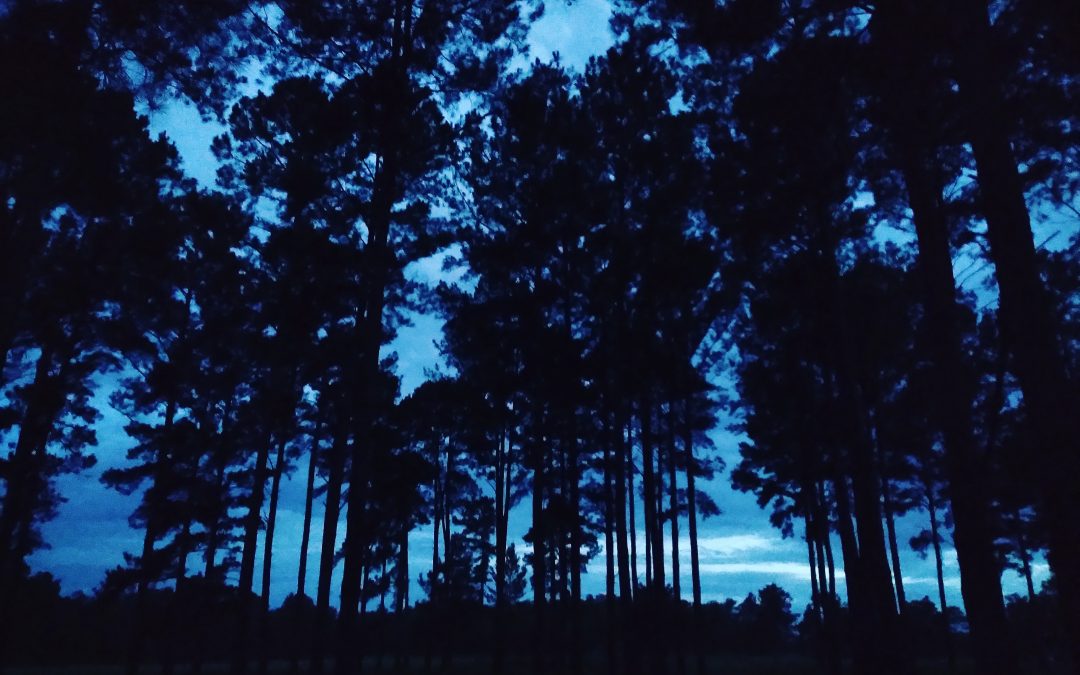 We headed south, stopping at a winery in Alabama that looked like this:

Then to Gulf Shores which, predictably, looked like this:

And finally to a much anticipated pecan farm in the backwoods of Georgia, where we intended to stay for a few days, and that is when shit got weird. We stopped at the intersection that passes for a town just prior to the turnoff, knowing we would need something for dinner. Unsure of where to go, we took a chance on a buffet that offered several varieties of unidentifiable creamy food interspersed with fried food things, all of which tasted like a level of culinary mastery that can only be acquired through bloodlines. After a few bites, we stopped asking each other what we were eating because it was impossible to speak around our bulging cheeks. Our takeout did never made it to dinnertime, but that’s okay because we were highly distracted by then.

When we arrived at the farm, the owner hopped out of her truck just as we arrived and lo and behold there was a southern goddess with white blond waistlength silk for hair, a tummy-tied denim shirt with nonfunctioning buttons, and tight jeans hugging tight curves. Except wait a minute, she had to be my age or older I thought as I glanced down at my worn-two-days-in-a-row camping grubbies. She waved us in and directed us to our parking spot beside a rusted firepit full of rain and an outbuilding sporting a confederate flag with a sign that said “Confederate parking only, all others go back North.” And I thought, Welp we can’t stay here. And wondered where “here” was exactly and where else we could go at this late hour. Polite disregard took over and also shame as I thought about that Black woman on Twitter who said that white people don’t call each other out enough. It would be really inconvenient and awkward to leave and we would have to pay for it anyway, so I didn’t say anything.

The outbuilding didn’t look like a house or a barn, and there didn’t seem to be anything else one would consider a main structure, just a random conglomeration of places surrounded by piles of tools, a meadow complete with wildflowers, all ringed by a forest. We got settled in, unsure exactly where to hang out. Amidst the idyllic surroundings, something felt off. Maybe it was the Confederate flag, that emblem of oppression and hatred, that greeted us. Or perhaps just feeling ugly next to the pecan farm goddess. I tried to shake it off and explore since we were obviously staying.

I inched around the outbuilding, which seemed to be the main structure, even though I couldn’t see a door, noting the post between the flag and a straggly climbing rose. Were those bullets? Is it artsy or scary?

I wandered around the back of the windowless building, past piles of rusted tools leaning against the wall. The farm goddess said it was a new strcture, but how long would it take to accumulate that many rusted farm tools? And for what? There wasn’t even a garden. Around the back toward the horses were further piles of discard, tucked away under some leaning pipes and boards was a rusted mini freezer, chained and padlocked.

“Perfect for body parts,” I whispered to Steve.

“Get ahold of your imagination and be in reality,” he said.

But the pull of unanswered questions and underlying mysteriousness is a lot more powerful than the seen world and I had to acknowledge that traveling with me must be challenging. I fed the horses our shriveled baby carrots and wondered what the pulse in the air was — was I feeling it or hearing it? As I followed my dog to the meadow, a strange senation prickled my peripheral vision. Dark clouds were gathering, a cloudburst was headed this way and quickly. I was probably just feeling the barometric pressure.

About that time, the farm goddess came out and invited us over to her tiny house porch for drinks after we finished walking the property. That sounded great. We took the trail she pointed out and came upon two full size shipping containers. You know, the kind you see stacked on seagoing barges or attached to trains. New ones. In the backwoods of Georgia.

We made our way to the front porch of the tiny house and farm goddess burst out the torn screen door with a dazzling movie star smile, upswept chignon, pink lipstick, and a blue dress that turned her green eyes electric jade. I heard my husband go silent and checked to see if he was breathing. She invited us to sit and placed a platter of cheese, pecans, and fruit on the table. followed by glasses of ice and bottles of whisky and gin. I should have put on a bra, I thought as I poured myself a hefty splosh of Tattersall. We chatted, farm goddess oozing charm and regaling us with stories of her upbringing just across the way, her escape from and return to the area. Inbreeding and shots fired, property disputes. The usual.

She invited us on a ride to see the extent of her property and at this point what else were we going to do? Yes, of course that would be wonderful we agreed and climbed into her truck after a bathroom stop and a bottle of water to dilute the booze. She re-emerged in head-to-toe safari khaki, again a shirt with malfunctioning buttons. She barrelled along dirt roads vaguely pointing out property lines and memories of childhood, a schoolhouse long abandoned. And an evangelical church called Worldwide Deliverance that appears to exist for fundraising purposes only, and cemeteries. The farm goddess mentioned belonging to the DAR and launched into tales of Confederate soldiers from the area walking to battle and walking home after, because they couldn’t afford horses.

“Daughters of the Revolution,” she replied.

Like Emily Gilmore? I boggled internally, “What about slaves?” I ventured. I had to ask.

“Look around. Do you see any nice houses around here? These people didn’t own slaves. They thought they were fighting for their country.” she explained. “They were just being used. No one in this desperately poor area had slaves. The Civil War was a land grab, a banking maneauver, a power play,” she continued as the gin and creamed lunch food churned in my stomach.

Back in the RV, stories swirled in my head as darkness swallowed the air and the forest closed in.

I startled awake in the night as a shush of wind blew through the screen of our tiny window and Steve shuddered in his sleep. Through the deep black I saw a glow coming from the area of the forest where the shipping containers were parked. What the hell. I strained my eyes against the dark, watching for activity for awhile, but saw nothing. I don’t know what I thought I might see. Ghosts of Confederate soldiers? Militias? Bootleggers? Secret butterbean recipe exchanges? Why would shipping containers need to be lit up in the woods all night? I thought I saw a waft of white smoke drift past and imagined the farm goddess in spirit form, wandering the woods at night. Just the gin and jealousy, I’m sure and I lay awake until the stars began to fade.

(This post is full of a fair amount of hyperbole and bullshit. Our camp host was a truly lovely person and so was her farm. Also, I feel confident saying that slavery is evil and rich people are okay with poor people dying.)