The Savage Price Of Piety 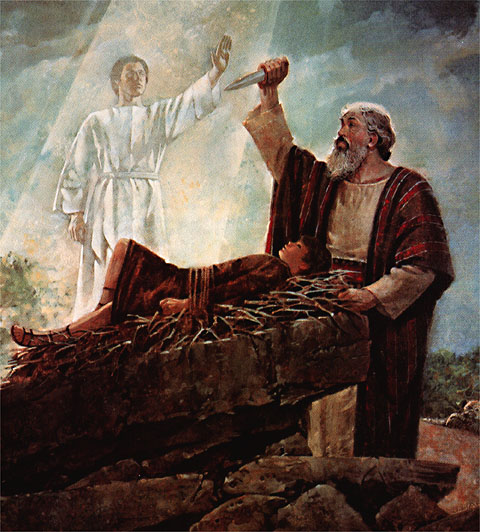 One of the great things about having adult children is when they share the music they listen to or the books they read or the things that make ’em happy. They grow up good if you don’t kill ’em. Which brings me to the song of the day: Poor Isaac by The Airborne Toxic Event.

See, it all started with Spotify and a shared playlist. Poor Isaac was on it and my son wasn’t sure if I would like it because it’s kinda rock and roll and I am not so much. But its a freaking amazing song and got me thinking about the story of Abraham and Isaac, the highlights of which I remember from Sunday school.

God told Abraham to sacrifice his son, Isaac, as a test of faith or loyalty or whatevs. Sacrifice as in stab to death. Murder. And here’s the kicker-Abraham agreed to do it. Can you even imagine? I found this so shocking as a young child that I asked one of my parents if they would kill me if God said to, hoping they would say of course not. Instead, they explained that since Jesus died on the cross, sacrifices were no longer required. Not sheep or goats or children. God would never ask them to sacrifice me, so no worries. I could be thankful to Jesus for that lucky escape. Obviously, the penalties for murdering your child because a voice in your head tells you to are more severe now than they were back in ol’ Abraham’s day, but I didn’t know that.

Just when I think I’ve turned over all the stones… anyway, it’s a great song and I hope you will give it a listen. Also, if your kids have made it to adulthood like mine have, track them down and hug them tight, one more time.