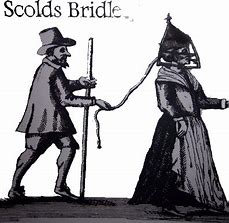 Women were property since before the beginning of recorded history. How did it start? Because of differences in physical strength or because of chemical differences in the brain? Whatever the reason(s) we got owned. Religion and politics combined to use that power to keep women as possessions and make us believe we belonged there. We were bought, sold, and traded along with children and livestock.

Like trapped rats, we turned on each other as we competed for men, protection, for resources for ourselves, and for our children.

My question is, what are the white evangelical women who vote against themselves (and the rest of us) thinking? Every vote for a conservative white male, every moment of disinterest, every shrug at the expense of other women is action taken in favor of our own oppression. Is there any way to throw open the doors to sisterhood and consider women first? To see the larger picture of bringing us all along together?

If we do not support each other, we are choosing to maintain the web of power, secrecy, and rape that allows men like Jeffrey Epstein to have a Pedophile Island at his disposal. For billionaires and politicians around the globe to satisfy their sick, perverted whims at the expense of little girls.*

Having more women in power puts a chink in the web of male protection that is currently in place. Every single female in office, or in any position of power, rips a hole in that web. In the web of smug winks, nudges, and open secrets. The web in which little girls are raped.

It is time, it is way past time, for women to stand together to burn down the web of protection that exists for the benefit of men.

It is time, it is way past time, for good men who would never participate in such things to understand how they benefit from the status quo.

It is time, it is way past time, for white women to understand how we benefit from siding with the money, power, and security supplied to us by our relationships with white men. We have hidden behind them, cloaked ourselves in comfort. Quoted scriptures to justify our betrayal. We are no longer silenced by branks. We are no longer burned at the stake for speaking out. We cannot pretend we do not see institutional racism, poverty, sexual assault, and bigotry.

We cannot pretend the balance of power is not within our grasp.

Vote like your life depends on it because someones does.

*Epstein was assisted by at least one woman, Ghislaine Maxwell. She is evil, too.

I have a questionable habit of sharing politically incendiary articles on Facebook. Usually no one reads them, but recently passions are high, with babies in concentration camps and ICE ransacking communities, etc. I shared the following list of steps to genocide. The list makes sense to me; has the ring of truth.

Then a Facebook stranger dropped some other heavy truth on me.

And I thought holy shit, she’s right. Despite reading and researching and listening and trying to understand the ways in which I benefit from white supremacy (ALL THE WAYS), my privilege is so deeply tentacled into the very fabric of life as a white person that it’s like trying to see through my skin. The United States was literally founded on white supremacy. Native Americans were of Satan, killed, enslaved, disregarded. Black people were the same.

White women aligned ourselves with all-powerful white men, ensuring our second in line to the top of the heap spot, where we remain. Money, power, security. We are safe and protected as long as we know our place. (see Christine Blasey Ford as explained by Brittney Cooper) White women learned about female political power from the Iroquois women, who held equal political power with men of their clan.* We fought for that power for ourselves, but left women of color behind. Because it was too hard to include them or because we just did not care? Now we vote for misogynistic and oppressive policies and people, the results of our votes (ok not mine, but 53% of us) negatively effect women of color more than anyone else.

This post has meandered. I know. I currently have no conclusions.

Song of the Day: Strange Fruit by Billie Holiday

Me and White Supremacy Challenge

The Uncomfortable Confessions Of a Preacher’s Kid