Rape Culture: What the pedophilia cover-up at Calvary Gospel Church has in common with the Jeffrey Epstein case 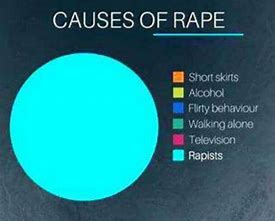 We see it over and over in the news-priests in the Catholic Church, the Southern Baptist scandal, Michigan State University, countless youth ministers in Christian churches… the list is endless. Adults rape children while other adults actively cover-up the abuse to protect their institution.

How can this be?

The short answer is that we live in a world wherein rape culture thrives. Rape culture is defined as follows, just so we are all on the same page:

Rape culture is a sociological concept for a setting in which rape is pervasive and normalized due to societal attitudes about gender and sexuality. Behaviors commonly associated with rape culture include victim blaming, slut-shaming, sexual objectification, trivializing rape, denial of widespread rape, refusing to acknowledge the harm caused by sexual violence, or some combination of these.

Pedophilia is a subset of rape culture, when the descriptions above are targeted at children. Because, honestly, if the bodily autonomy of anyone, man or woman, is not respected, it’s a short downhill slide to minors. What’s a year or two or three when you’re already depraved?

Children are generally more easily manipulated than adults. Kids who are poor, hungry, and lonely are most often the victims of sexual abuse. We see this in every story that comes to light. It’s the kids no one is keeping track of, the kids whose parents aren’t paying attention, and don’t have the resources to sue anyway. These kids have needs and when they are offered comfort, often don’t see the erect penis coming at them from behind the ice cream cone.

If they object or tell, they are shamed, blamed, and threatened. When Debbie McNulty told her pastor at Calvary Gospel about her molestation by a man in the church she was sent away with an “I’ll get back to you.” He didn’t, but somehow everyone in the church found out and blamed Debbie, who was branded a slut at eleven. Even the molester’s wife blamed her. Debbie’s molester was moved around, forgiven, and still pastors a church.

When Jeffrey Epstein ran an international sex trafficking ring for billionaires, a whole community of people knew: recruiters, pilots, housemaids, neighbors, etc. His victims, poor kids who needed money for food and clothes, were threatened to prevent them from speaking about their abuse. His joke of a prosecution chalked it up to soliciting prostitution, as if the little girls he raped were engaged in an equal exchange of power.

Men in power allowed him to get away with it.  They protected the system in which they control the power dynamic on a global scale. It isn’t one church or university or even government; it’s a world wide web of men. Yes, sometimes women are involved, but let’s be honest, it’s mostly men. Calvary Gospel’s cover-up of pedophilia in their church is a microcosm.

Their response to accusations of abuse is predictable. Accuse the victim of being a slut or a whore, no matter her age, and instantly no one cares about her. Easy-peasy.

She had it coming.

She was asking for it.

You can’t rape a whore.

What was she wearing?

And there you have it, the men involved were seduced. They couldn’t help themselves. Even women will join in to hurl blame at the victims, so immersed are we in this culture of rape.

A shift is happening now, though. Not quickly enough, but change is coming, after millennia of voicelessness. For all of social media’s flaws, the ability to tell our stories to a wide audience is a pretty big plus. All it takes is one brave soul to go first and then other victims come forward. There are always other victims.

And then accountability begins, because everyone has to pick a side on this subject.