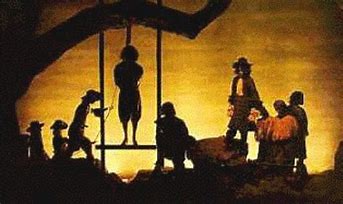 Of the six men who were murdered during the Salem Witch Trials, five were known to be excessively violent. Bear in mind, domestic abuse was legal in those days (ahem*marital rape is still legal in Ohio). Wives, children, servants and slaves, livestock, all were the property of white male landowners and could be beaten at will. Severe violence and murder were frowned upon, but the day-to-day slapping around necessary to keep everyone in line was perfectly fine. One of the accused landowners had murdered a hired hand in a fit of rage. The hired hand’s mother was in the crowd gathered to watch the landowner hang.

There were no reports of sexual abuse. It wasn’t a thing.

Who would report it? To whom? What would happen to the abuser? No one, to nobody, and nothing.

Interesting, though, isn’t it?

A Storm of Witchcraft: The Salem Trials and the American Experience