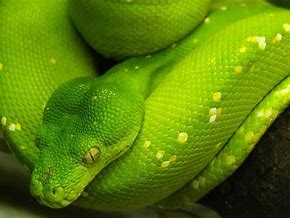 I am the Serpent, I am I am

Now everyone knows that the serpent is more subtle than any beast which the Lord God made.

And I said to her I said have you tried all the fruit in the garden yet? Which one did the Lord God forbid?

Even though I already knew the answer.

And the woman she whispered against my scales she said we can eat all the fruit from any of the trees in the whole garden except this one right here. That Lord God guy-I think he owns the place-he said we can’t even touch these bananas or we’ll die.

And I said to the woman, I said Naaaah you’ll be fiiiiine. He just doesn’t wanna share. He knows your eyes will open up, you’ll seeeee stuff, man. You’ll know things just like the gods do. And the colors… you won’t believe your eyes. You’ll feel like you’re floating away. It’s a trip, man.

I headed back up to the branch with the low-hanging pretty, pretty golden pears and watched her eyes begin to gleam. She wanted it. The power and the colors and the floating. She wanted it, man. Her long, dirty fingers reached up and wrapped around the bulb of that shiny red apple and she plucked it right off the stem.

Then she snatched another one and ran off to find her old man, her greasy curls slapping against her back. Didn’t even say thanks. They came back for more in about two seconds. I knew that was a mistake but I wanted to see what was gonna happen so I looped around the skinny branches up in the sun, turned myself a bright sick citron and settled down to watch the show. They were rolling around in the grass, giggling, and slurping those purple plums, nectar dripping down their chins. They didn’t even have the smarts to hide-just ate ‘em right out in the open.

They were high as kites-barking like dogs and licking juice off each other. Then they started stringing together those giant fig leaves with these spiky little sticks they picked off a bush, making some kinda crazy pants. It was fucking hilarious.

And then, oh shit, all of a sudden we heard the voice of the Lord God. He was coming. Adam! Where the hell are you? He sounded pissed. They scrambled to hide but Adam chickened out and called, over here. I could practically feel the woman rolling her eyes.

They were right under me now so I stayed real still.

Then the Lord God saw their wonky aprons and went ballistic.

And he said, who told thee that thou wast naked? You ate those bloody peaches I told you to leave alone, didn’t you?

Adam sold Eve out immediately-what a douchebag. She gave ‘em to me, he whined.

So the Lord God whirled around on Eve all puffy like-I could see everything-and he hollered, what the hell, Eve? You had one rule.

And then-you won’t believe this-she blamed ME like I made her do it. The serpent tricked me-he said it was okay, she blubbered.

And the Lord God looked straight up at me like he knew I was there the whole time-super creepy-and he’s so mad he’s screaming now and he said to me he said this is all your fault! You are fucking CURSED from now on, even more than the cattle, even more than all the other beasts! I am NEVER gonna let you grow legs and you can eat dirt, man. I am gonna make Eve hate you and her kids are gonna hate you and they will kick you in the head every chance they get forever and ever.

He was out of control. I got the hell out there-just launched myself into the next tree and got out of that fucking garden before the lightning bolts started flying. I don’t know what happened after that.